For those looking for Gluten-free food options,
​we've got you covered!...
​Top GF Restaurants (and Groceries/Bakeries) in and around Milwaukee by http://www.facebook.com/gfmilwaukee  and http://glutenfreemilwaukee.weebly.com/ * = My personal favorites!

*Red Robin - GF buns and fries for your burgers! - various locations (I love Brookfield Square the most!)

North Avenue Grill - GF options (but not as many as with old management) - North Ave & 72nd, Wauwatosa

*Carnevor - best steak in the area - Milwaukee (downtown) - ask for Stan as your server... note it can be pretty $$$$ but it's worth every dollar!

*Via on Downer - GF pizza, pasta, and desserts - north of downtown

Places that other people have mentioned but I haven't been to yet - guess I have a lot to try!

Qdoba/Chipotle - Naked Burritos (don't get the chips they are fried with gluten items) EVERY LOCATION DIFFERS!

Panera Bread - staff will help you find/modify items to make them GF, some salads and soups can be! EVERY LOCATION DIFFERS!


Delivered to your Door: 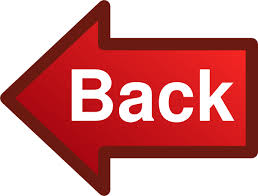